While researching other music, I came across Tunisian born oud player Anouar Brahem, who fuses Arab classical music, folk music and jazz. The oud is a pear-shaped stringed instrument commonly used in Middle Eastern Music. It is related to the lute but distinguishes itself by its lack of frets and smaller neck. 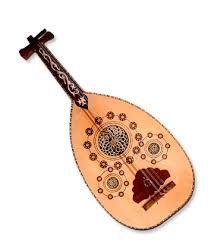 Brahem studied oud at Tunisia’s National Conservatory of Music but moved to Paris around 1980. There he worked as a composer, notably for Tunisian cinema and theatre and collaborated, among others, with choreographer Maurice Bejart. He returned to Tunisia in the late 1980’s which is when he toured in the USA and Canada. He then signed with ECM records with whom he has recorded a series of critically acclaimed albums. Anouar Brahim style is mellow and sparse and he often utilizes an ensemble of three or four musicians. Throughout his career he has collaborated with other musicians.