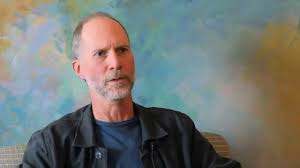 This week, Out North, in partnership with the Alaska Humanities Forum, hosted a special presentation of the music of John Luther Adams. He read from his upcoming memoir, Silences So Deep: A Memoir of Music and Alaska. Adams described the various landscapes (often visited by owls) that influenced his work and took us from Alaska to New York, a starker contrast not imaginable.  The evening opened with Adams describing his studio, in detail, and the love for this place was tangible to all. He read Leaving Alaska, the article he wrote for The New Yorker in 2015.

…Up ahead, through the trees, the rough-cut siding of the cabin comes into view. Before long, I slip around the aspen that juts into the trail and step up onto the deck. I walk around to the front of the cabin and stand there in the sun, gazing south, downhill, across the Tanana Flats, toward the peaks of the Central Alaska Range. Behind me, I feel the forest sweeping north to the Yukon River, across the Arctic Circle, and on to the solitary peaks of the Brooks Range. This is the taiga, the boreal forest. This is my home… – John Luther Adams, The New Yorker

Adams is currently formulating a composition called Become Desert, so it makes sense he took us to Phoenix, the Sonoran desert, and Mexico as well.  Afterwards, I had a chance to speak with him and shared, how his landscapes are my ‘old friends’ as well.

He then continued with moving reflections on his friendships with poet John Haines and composer Gordon Wright. The poignant story of hooting owls, a signal between Adams and lifetime friend and poet Gordon Wright, and their way of staying connected put a smile on everybody’s face.

Inspirations of landscapes and friendships, and how these shaped Adams’ music dominated this warm, and well attended evening at Cyrano’s Playhouse in Anchorage. The evening was a fascinating insight into Adams’ world and left me curious to explore his music and writings further.